This sections looks at characteristics of multi-dimensional arrays, some of its applications and how to work with them.

Review: What is an array?

An array is a data structure which stores a collection of elements. Each element can be identified by an array index or key.

5.1.4 Describe the characteristics of a two- dimensional array.

A two-dimensional array is simply an array in which each element contains another array. The following illustration shows this.

This idea can be extended to multi-dimensional arrays, where each array in an element contains further arrays.

Tables have many applications and so do two-dimensional arrays. For instance, tables can be used to store the distances between cities. 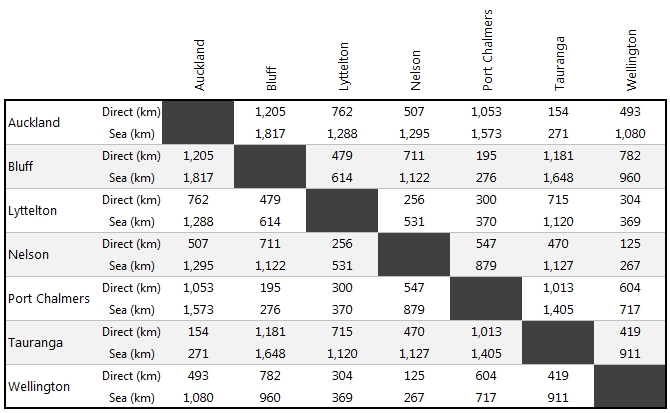 This could be used for calculating the total distance of a given path or to find the shortest route for a given tour.

Two-dimensional arrays are also often used for games, e.g. battleship or chess. Programming such a game is a good exercise to practise algorithmic thinking and the use of arrays!