This sections looks at stack data structures. This includes important characteristics of stacks, how to process them and some of its applications.

5.1.6 Describe the characteristics and applications of a stack.

A stack data structure works logically like a physical stack. Take for example a stack of clean plates. 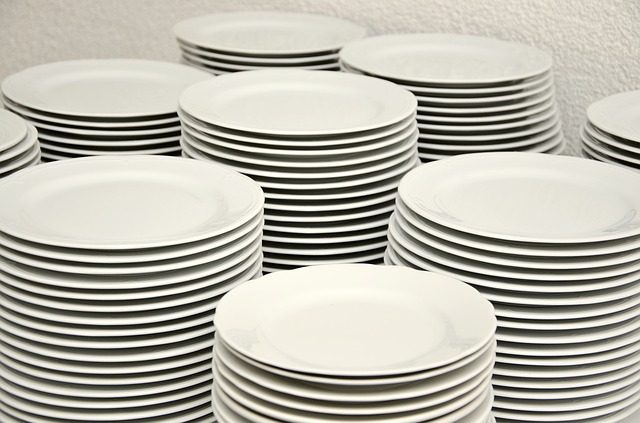 In addition, a stack often includes a stack pointer that points to the top element of the stack.

A simple application of a stack is to reverse a string. As each character of the string is pushed to the stack, they will be popped out in reverse order. Such process can be applied to more complex applications of backtracking, e.g. recording steps taken in a maze in a stack in order to be able to reverse these steps to find the way back out of the maze. Each step taken would be pushed to a stack and when one wants to find the way back, each step will be popped out of the stack.

Backtracking is also used by many applications to reverse actions taken, e.g. in wordprocessors or web browsers.

Another application of stacks is memory management. In this case a program or thread has an allocated memory space which is treated as a stack. When a subroutine or function of the program is called, it can store data on top of the stack and once the function finishes, these data are popped of the stack. In a way, this ensures that variables and data from a function call are removed once the function finishes. The use of recursive functions illustrates how each function call adds something on top of the stack, and how the result is then returned all the way down the stack.

5.1.7 Construct algorithms using the access methods of a stack.

push adds an element on top of the stack and changes the stack pointer to point to the new element.

pop removes an element from the top of the stack and changes the stack pointer to point to the previous element.

5.1.10 Explain the use of arrays as static stacks and queues.

Each programming language usually comes with some implementation of stacks. For instance, in Java it is necessary to import the Stack class, which provides some standard methods for accessing stacks.