This sections looks at queue data structures. This includes important characteristics of queues, how to process them and some of its applications.

5.1.8 Describe the characteristics and applications of a queue.

Similar to a stack, a queue works logically like a physical queue. Take for instance a queue of people waiting for the train. 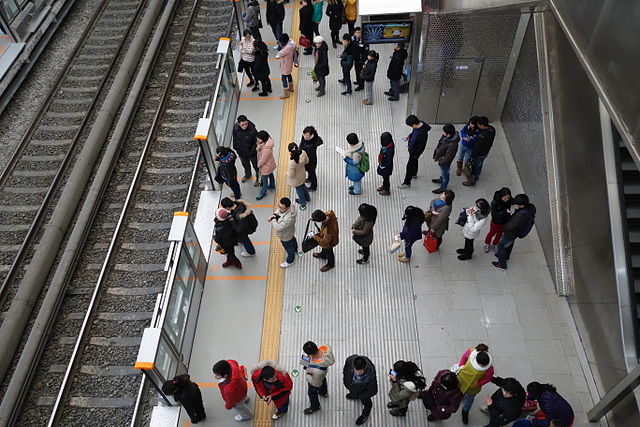 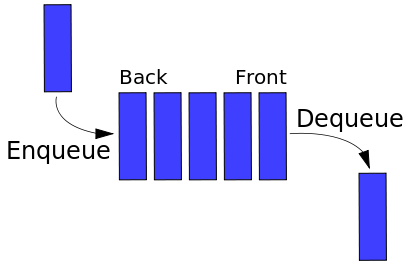 Linear queues and circular queues mainly differ in how they enqueue elements. A linear queue just adds elements at the end of the queue. In contrast to a physical queue, however, a linear queue doesn’t move “forward” once an element is dequeued, as this would be quite resource intensive. This can lead to considerably large memory use, as memory isn’t reused in a linear queue. There is also the risk of overwriting important data in memory. On the other hand, the linear queue just consists of two pointers: one for the start and one for the end. This makes the linear queue easy to implement.

A circular queue on the other hand tries to reuse memory. The whole queue is placed in a fixed buffer in the memory. 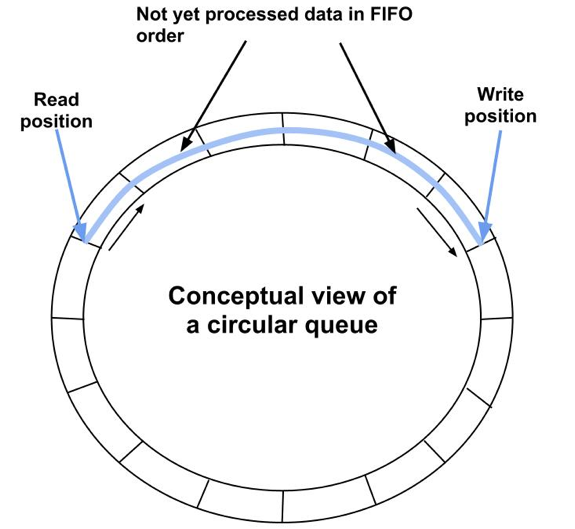 The principle of moving start and end pointers at enqueueing and dequeueing is the same as with a linear queue with one difference. Once the end of the buffer is reached, the next element will be enqueued at the start of the buffer, which is why it is called circular. This however, requires the implementation of pointers for each element, requiring more space and making it harder to implement. Also, the buffer size obviously limits the available space for data.

Some common applications of queues include:

5.1.9 Construct algorithms using the access methods of a queue.