This sections looks at linked lists as data structures. This includes important characteristics of linked lists, how to process them and some of its applications.

5.1.11 Describe the features and characteristics of a dynamic data structure.

Nodes and pointers are two concepts commonly used for dynamic data structures. The idea is that each data element is allocated a node for storing information. In addition, each node has a pointer which points to the memory space in which the next node (data element) is stored.

A linked list is based on these concepts of nodes and pointers, as shows on the following diagram.

Some common applications of linked lists include:

In addition to the pointer to the next node, each node also has a pointer referencing the previous node, as illustrated in figure 2.

This allows to also moving backwards through the list, potentially increasing access speeds or making certain algorithms easier to implement. However, the tradeoff is the additional memory space consumed by the backwards pointer.

Sometimes the last node of a linked list does not point to null, but back to the first node instead. This is called a circular linked list and is illustrated in figure 3.

This type of linked list has a tail node instead of a head, which usually points to the last node. This has the benefit that nodes can be appended to the end very quickly.

The first step is to create a pointer to the node after which the new node is to be inserted. At the same time a new node is created. 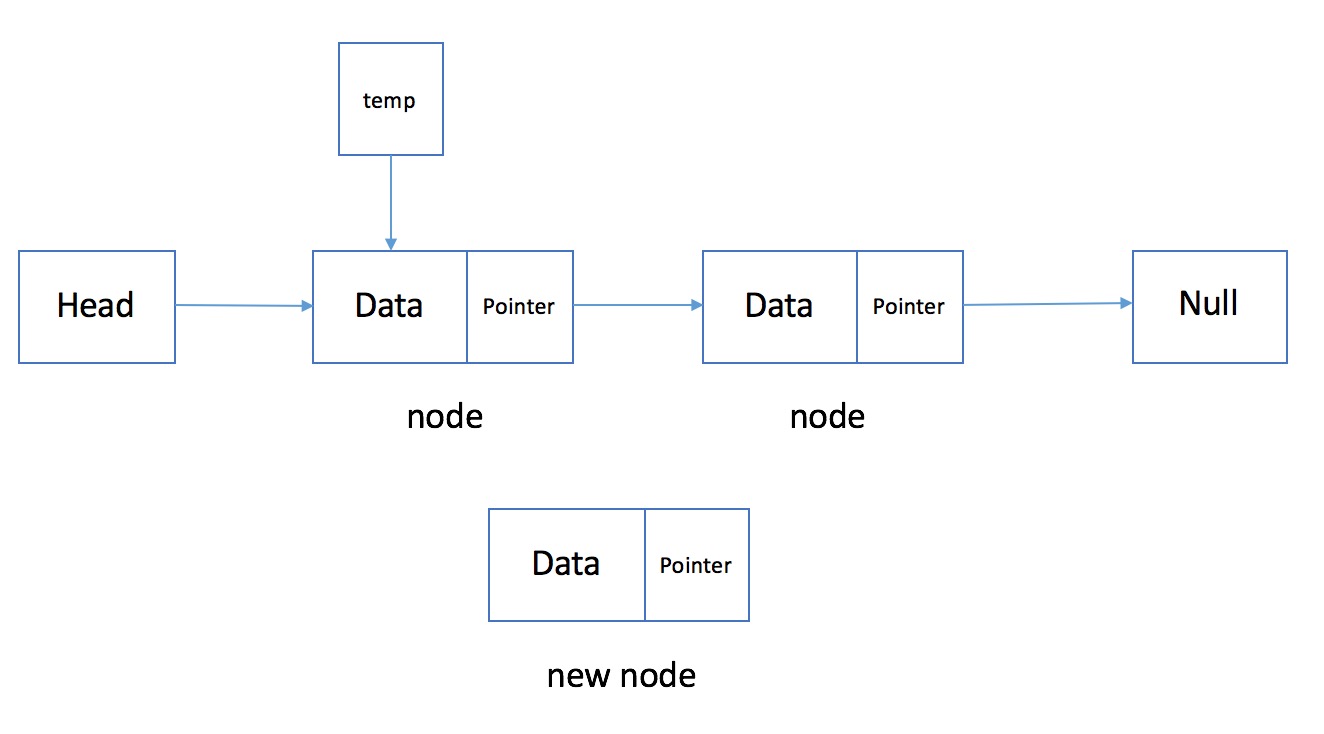 The next step is to set the pointer of the new node to the following node. 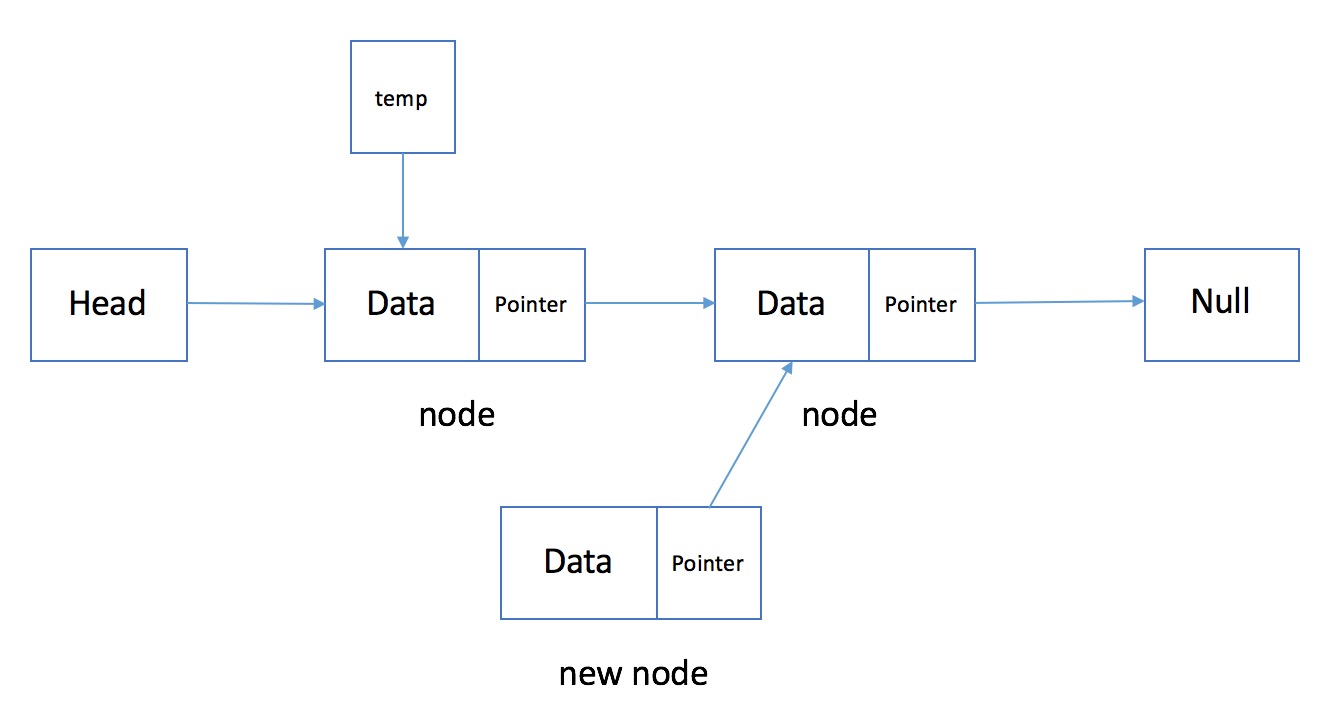 Lastly, the previous node needs to point to the new node. 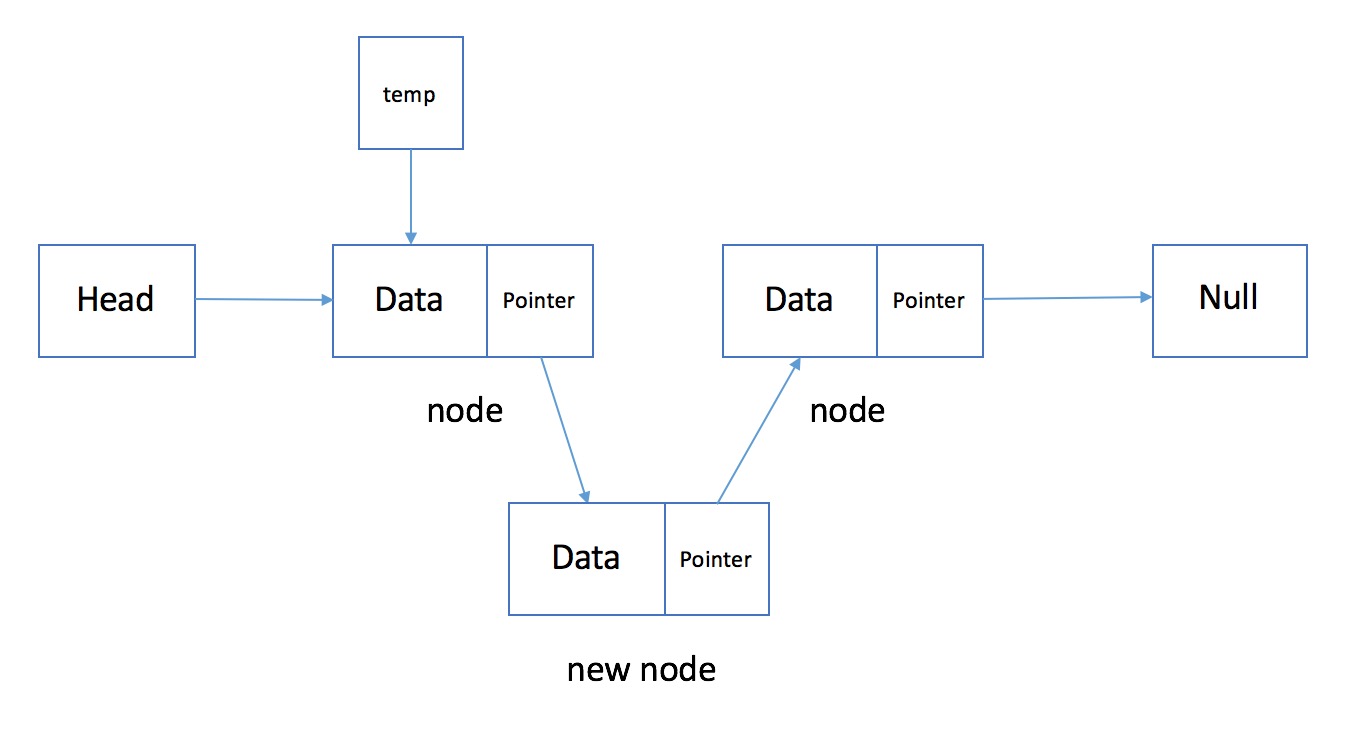 Deleting elements is relatively easy, as it only requires to modify the previous node’s pointer to the following node. After this the deleted node just needs to be removed from memory.

Searching needs to be done sequentially as in linear search, because nodes can only be accessed by following pointers from node to node.